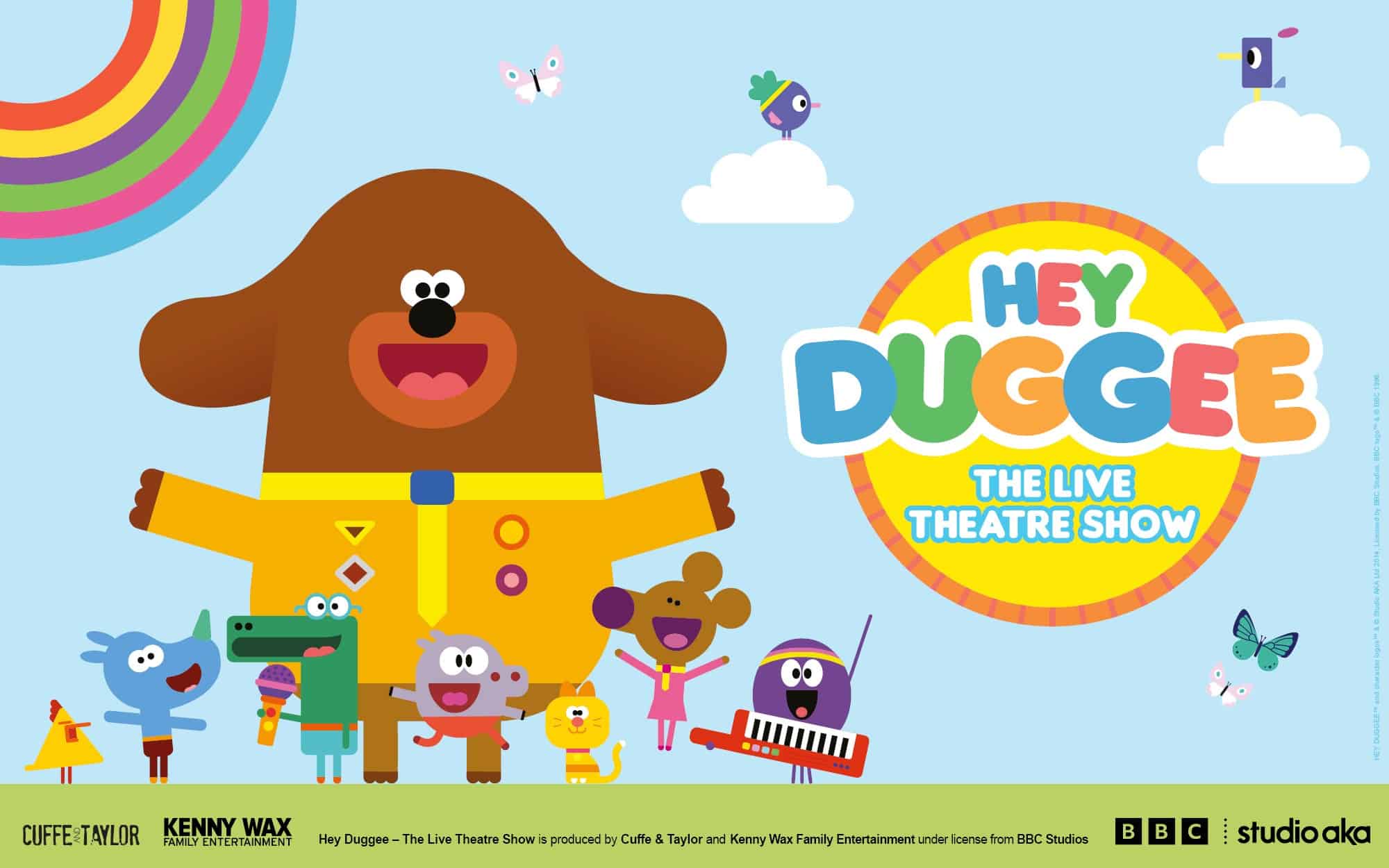 Hit children’s show HEY DUGGEE is to tour the UK for the first time ever in a vibrant and interactive stage show – and thanks to huge popular demand, it’s coming to Dunfermline.

Duggee, The Squirrels and some of their friends will come together for HEY DUGGEE THE LIVE THEATRE SHOW, a brand new play packed with non-stop fun, laughs, singing and dancing.

The smash hit CBeebies series is brought to life through innovative puppetry and storytelling in this new live show which will tour across the UK from December through to summer 2023, heading to Dunfermline’s Alhambra Theatre from Wednesday 26 to Thursday 27 July 2023.

The tour was announced in June, and the Alhambra Theatre in Dunfermline is one of 13 new venues added in a three-month extension.

Tickets on general sale from Friday 30 September from www.ticketmaster.co.uk and the venue.

Since bursting onto TV screens in 2014, the BBC and Studio AKA creation has won no fewer than six BAFTAs and is an international Emmy award-winning hit.

Hey Duggee was the most streamed children’s show on BBC iPlayer in 2021 and is popular among both children and parents; with fans young and old, up and down the country now able to join the much-loved character on its first ever theatre tour.

Producer Kenny Wax said: “We are so thrilled to be working with Live Nation, Cuffe & Taylor, Studio AKA and BBC Studios to create a brand new stage show with lots of surprises touring the country. I can’t wait.”

Ben Hatton, director of theatre touring for Cuffe and Taylor, added: “This is an incredibly exciting tour. Hey Duggee is quite simply a phenomenon and has taken the world of children’s entertainment by storm – and we are delighted to be adding so many extra dates to the first ever live tour of this popular show.

“We are delighted to be working with Kenny and his team at Kenny Wax Family Entertainment, as well as all the extended Hey Duggee family at Studio AKA and BBC Studios. We look forward to Duggee and his friends filling theatres around the UK.”

Mat Way, Global Director of Live Entertainment, Gaming and Interactive at BBC Studios, said: “Studio AKA’s Hey Duggee is such a fun and iconic show and we can’t wait to bring the humour and adventures to life for families all around the country. We’re delighted to be working with Kenny Wax and Cuffe and Taylor to introduce young people to the wonders of the theatre.”

For more information go to www.heyduggeelive.com